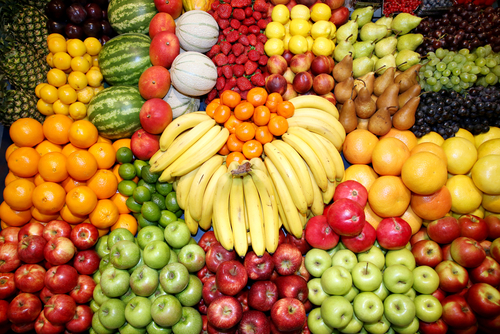 I looked at the faces of passers-by, engrossed in their Saturday afternoon shop, thinking about dinner, football, telly and pints in the pub later. “I’m not getting their attention,” I thought. “Got to try something else.”

It was 1985. I was standing in the busy market square of a town centre in Essex. 15 years old and working for Williams and Sons, market traders. I was the dogsbody – the youngest person in their employ. I got all the worst jobs. Picking up rubbish under the stall, stacking boxes of fruit, unloading the lorry. This particular job was to go out into the crowd with unsold surplus stock and sell it using the time-worn technique of shouting out offers, adjectives, jokes and trying to charm people – ‘don’t come back with the fruit in the scoop!’ were the boss’s orders.

I had no idea at the time but the techniques that got me through those Saturday afternoons in 1985 were the same techniques that I would use, sitting at a desk, over 30 years later. I am head of digital marketing at Sans Frontiere, a full-service marketing agency in Sussex. I mostly devise strategies to market the products and services of our clients online. It’s loosely called digital marketing but, as I think about what I do on my bike rides to and from work every day, I realise that there is nothing new in it. My boss Richard at Williams & Sons (he was one of the sons) was doing the same things 30 years ago – when Tim Berners-Lee was doing his A levels!

Like me, you have probably seen these terms a lot in the last few years. They have become part of the language of digital marketing. A few years ago, some clever folk in Palo Alto, or some such place, were sitting in a room brainstorming the terms they would use to denote the metrics that would appear out of the online platforms they were developing that would change the world of marketing. These platforms all lived on the internet and were of course digital, but the terms they decided upon had to be familiar terms from the English language and connect with familiar concepts. They are not digital terms and are not new.

Richard, my boss at Williams & Sons, had a marketing budget, although he probably didn’t call it that. He spent a few quid on paid search, quite a bit on display advertising then invested heavily into engagement 5 days out of 7, every week.

Williams & Sons had a permanent ad in the local gazette, a directory of local traders. Richard spent time and money every week painstakingly building a collection of ‘shows’ on his stall. These comprised the best examples of fruit they had obtained from the wholesaler, each item placed on a little bed of coloured paper, built up into impressive walls of colour that caught the eye of passers-by.

Five days a week, Richard and the people that worked for him (myself included) would stand around the stall, selling as hard as we could, shouting out offers and other things to try to get the attention of passers-by. When it got late in the day he would fill my scoop with something that had to be sold and send me out into the crowd to run targeted keyword campaigns.

He had worked out how to boost his reach and drive up impressions in order to increase engagement and ultimately drive his conversion goals. It worked. We also used audience targeting:

Richard did not have the sophisticated tools we have today in order to setup his campaigns – he did it all in his head. He didn’t have powerful tools to measure the performance of his campaigns; he used a blend of anecdotal evidence and empirical data. Being there on the spot he could see if his campaigns had reach and the impressions they made on his audience. He could see his audience in the flesh and take the temperature of their engagement. To know his conversion rate he simply looked down into the large denim money pouch he wore around his waist. His marketing strategy was dynamic, his campaigns continually adjusting in response to their results and the changing audience.

The tech giants of Silicon Valley did not invent any of this. They encoded it into a digital format. It was as much an observational feat as a technical one. Hats off to them, but hats off also to Richard.

If you’d like a free copy of our simple guide to a digital marketing strategy, feel free to email me or call Sans Frontiere on 01273 487800